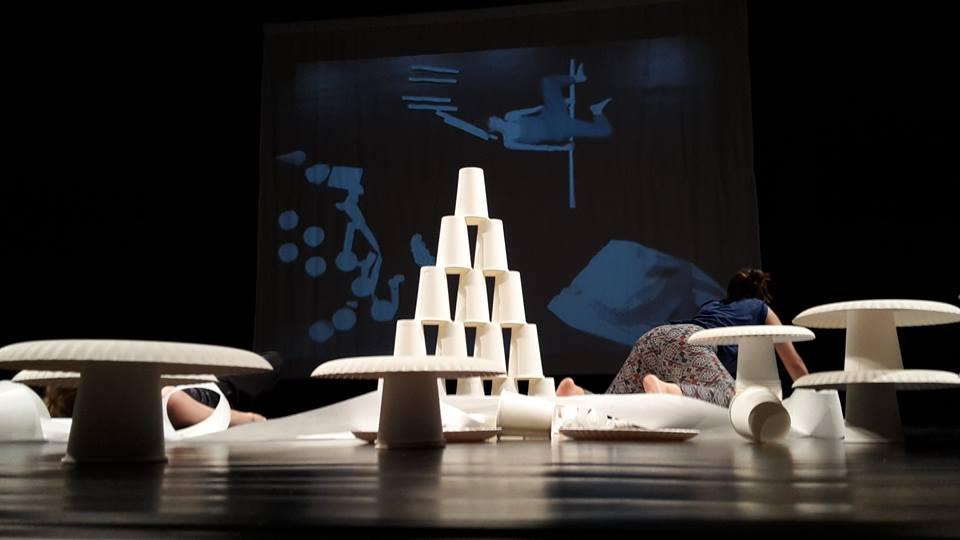 Up Side Down is an interactive, videodance performance which proposes to the (young) audience an encounter between dance and live video, body and object, the real and the mediated. It invites the kids into a shared adventure, where they can spectate as well as activate, witness as well as influence the performance.

Up Side Down endorses imagination and values the simplicity and inspiration found in everyday narratives, objects and actions. Engendering a first hand, direct experience of heightens awareness of perception, the performance becomes an embodied process, interdepend with its public and its surroundings.

The project began as an encounter, research and shared creation between choreographer Dalija Acin-Thelander (SW) and Keren. The initial priority was to make a performance which will be accessible for children everywhere ... Therefore the work was produced in several phases, countries and by different partners who shared the same vision. Each partner supported the research and faciliatated a creation process with a residency. Later on they also produced a local version of the piece and organized performances. 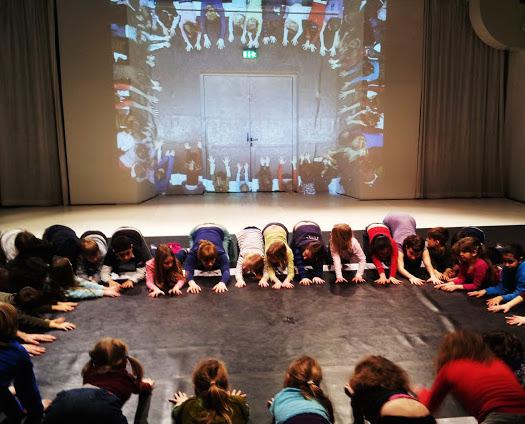 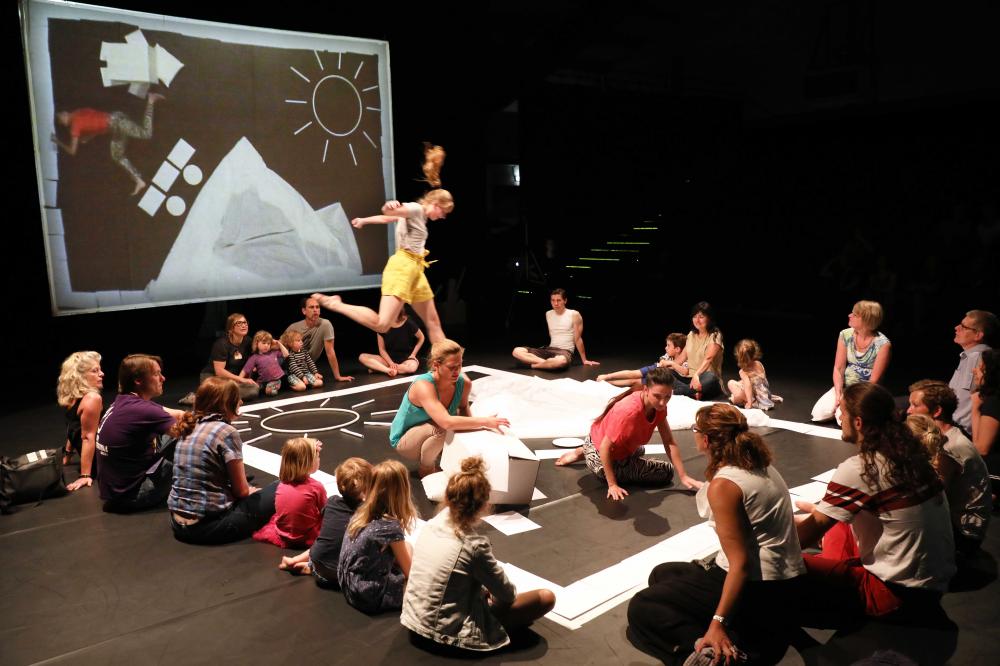 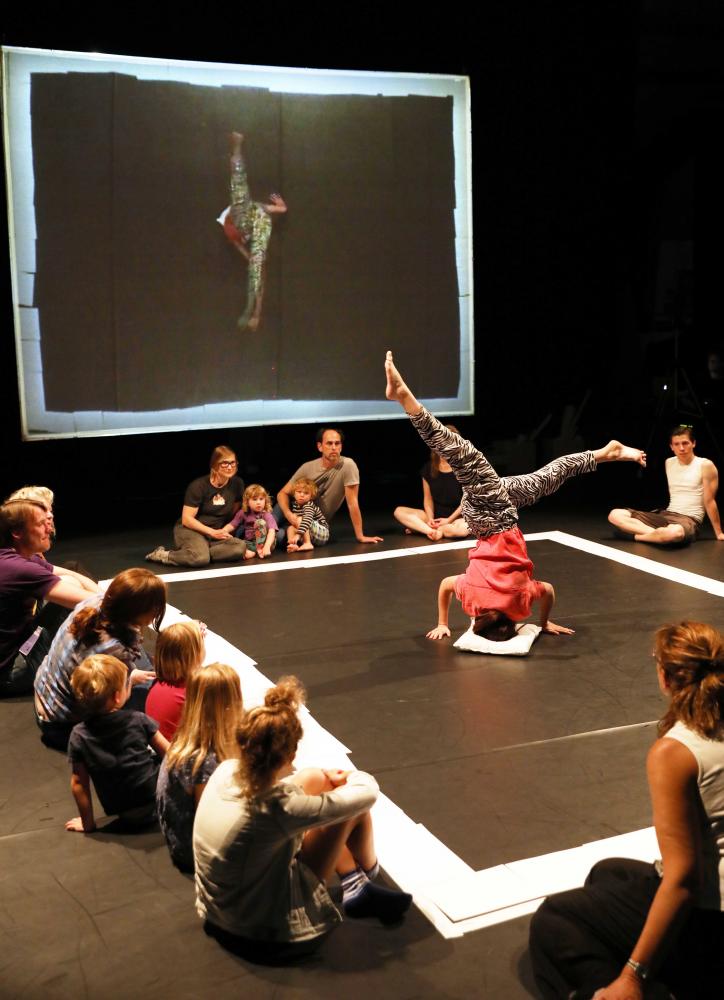 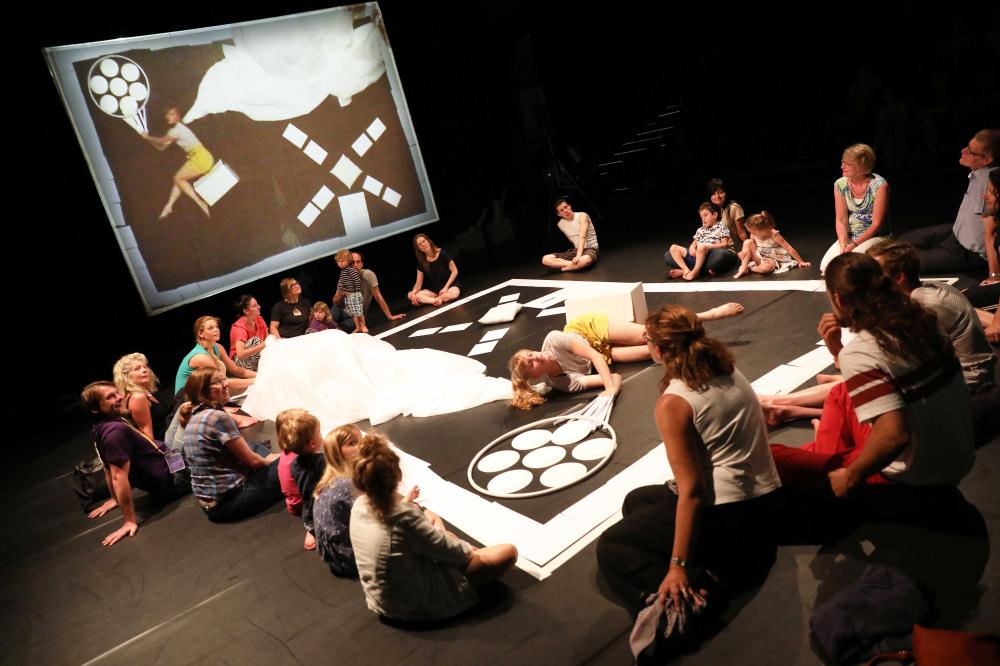 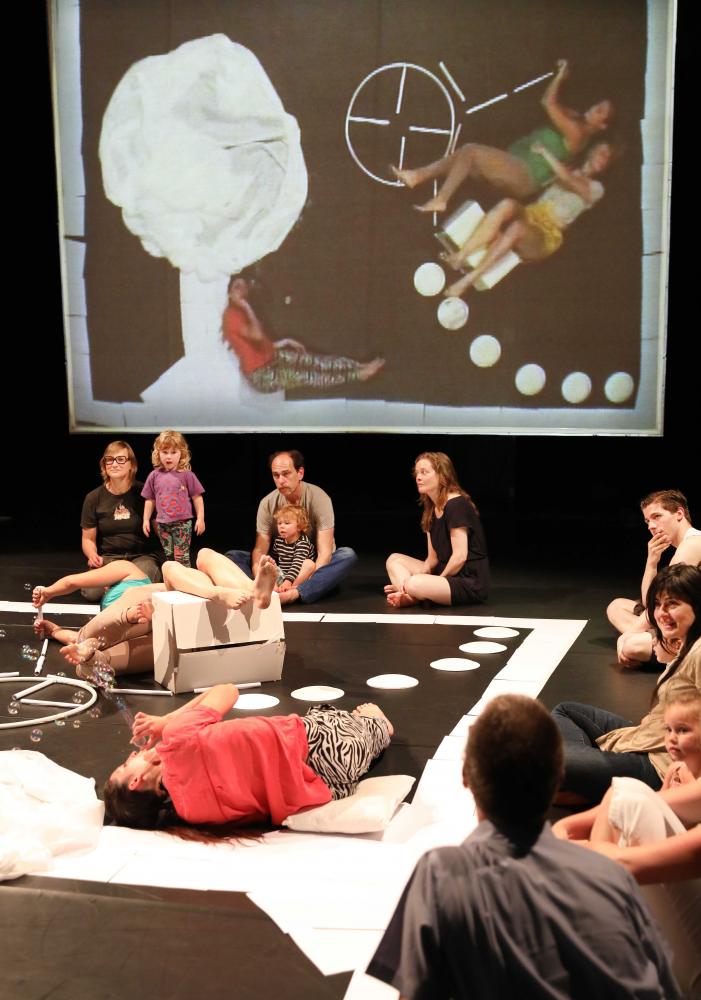 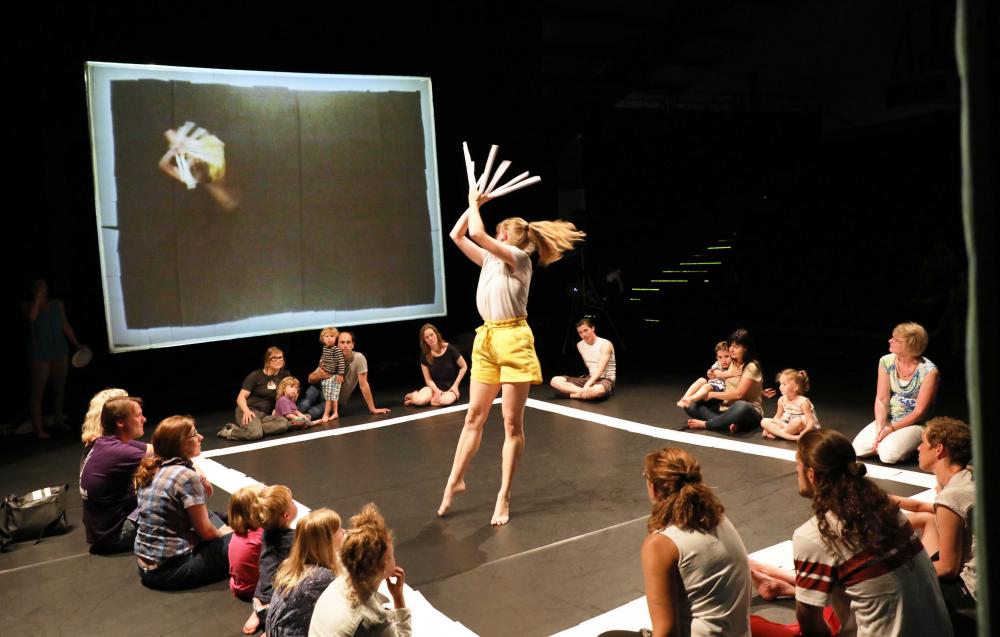 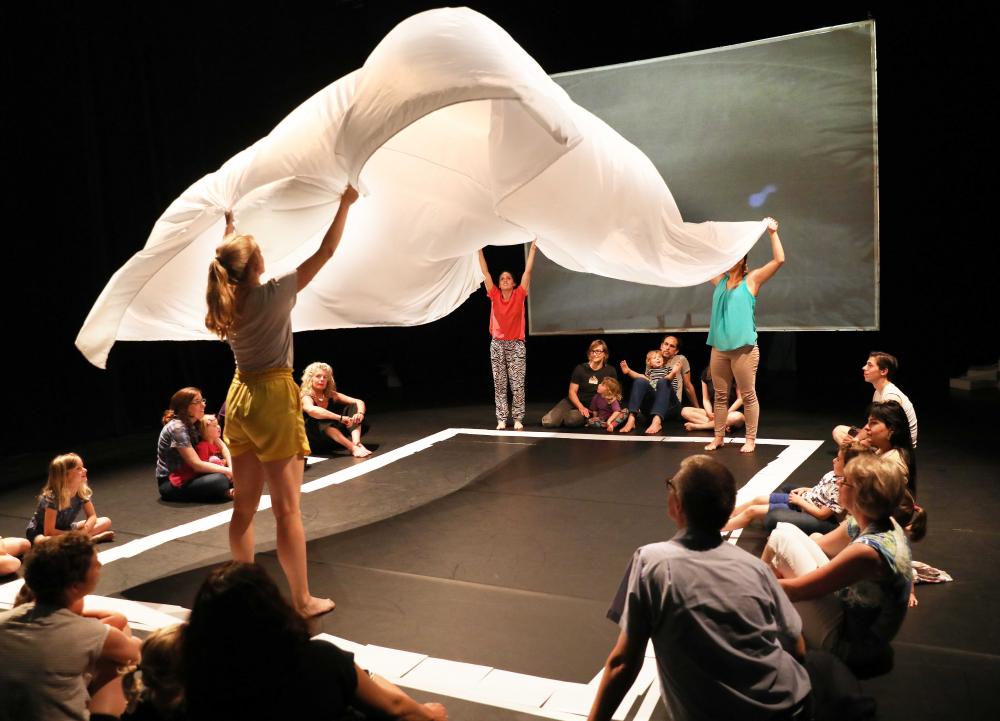 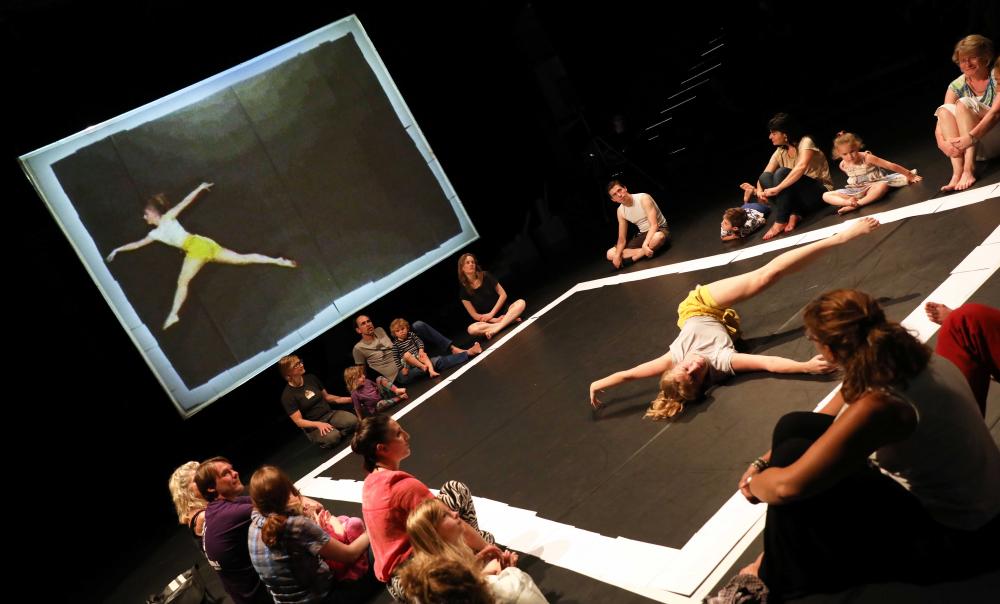 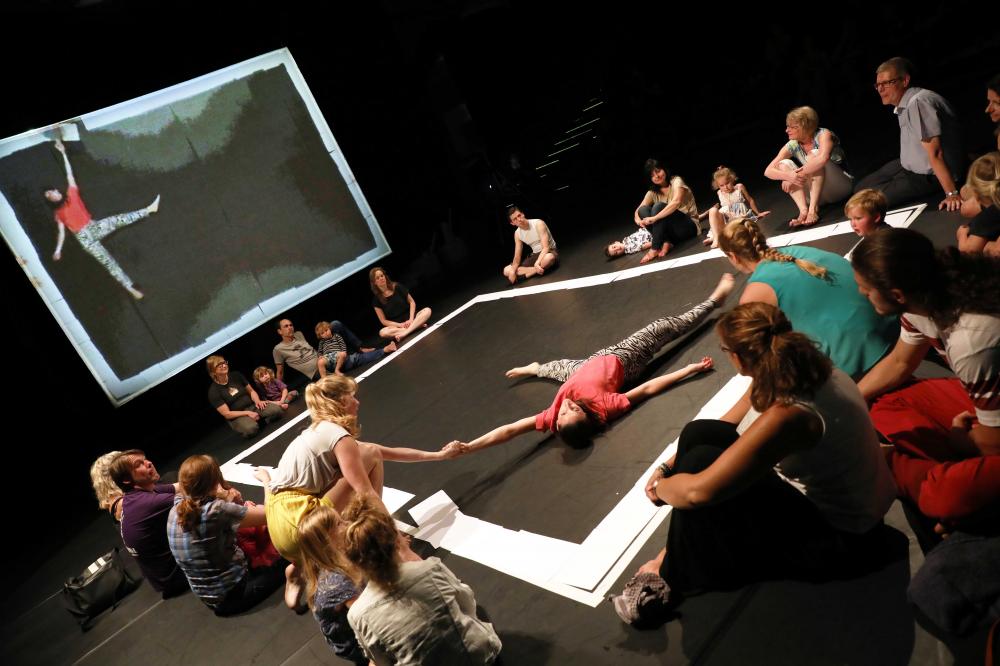 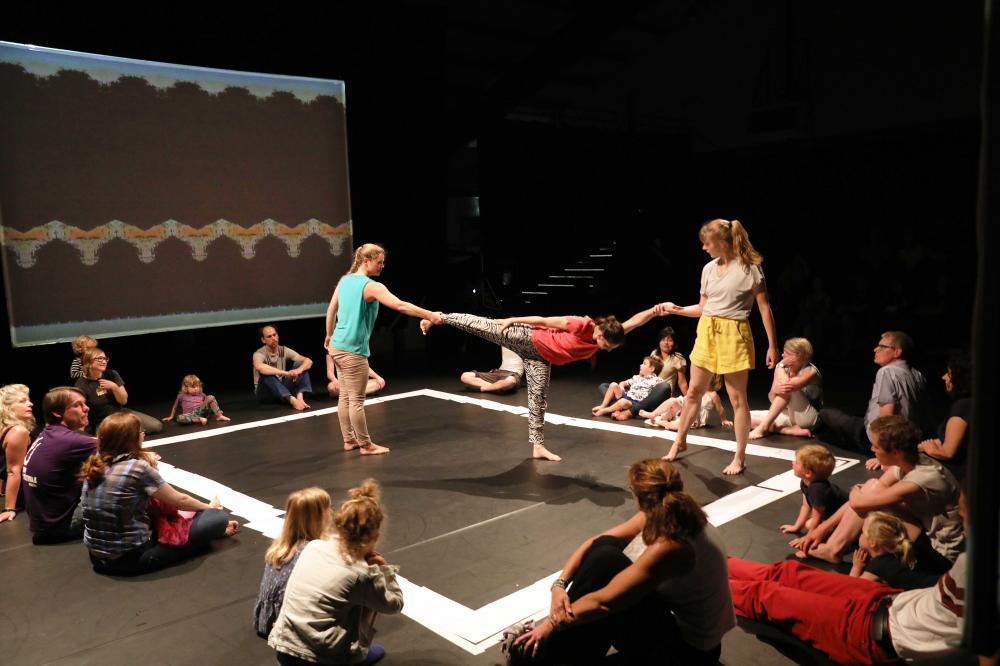 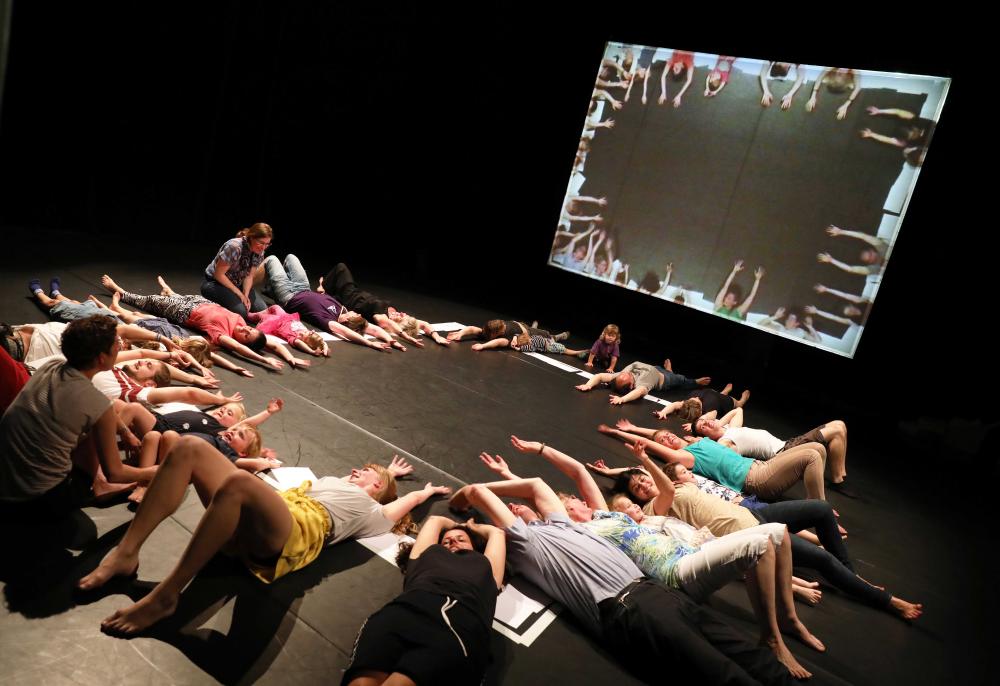 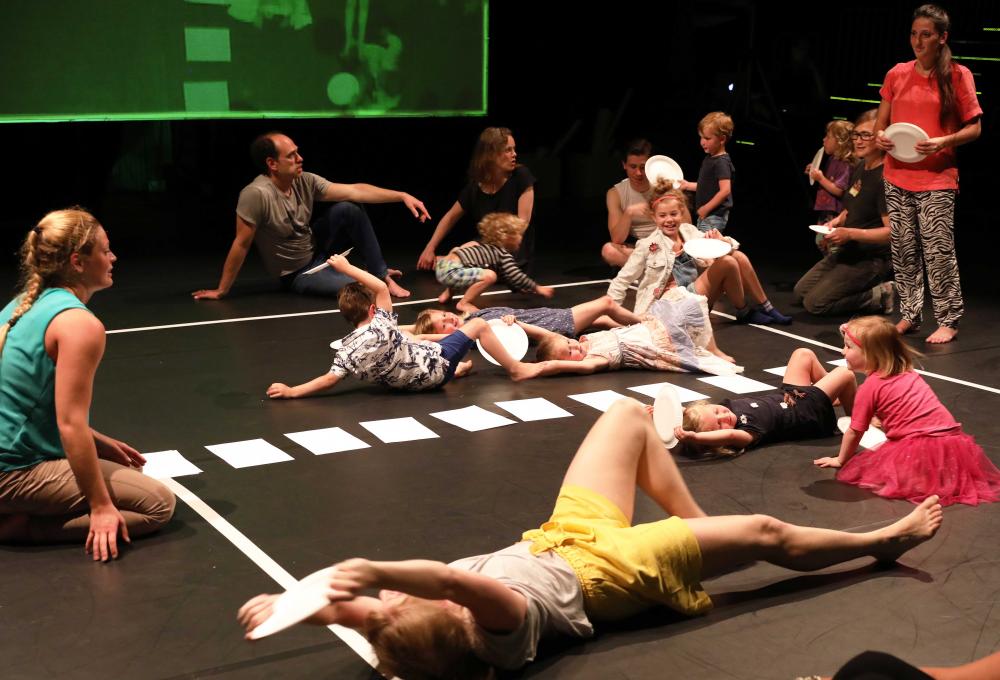 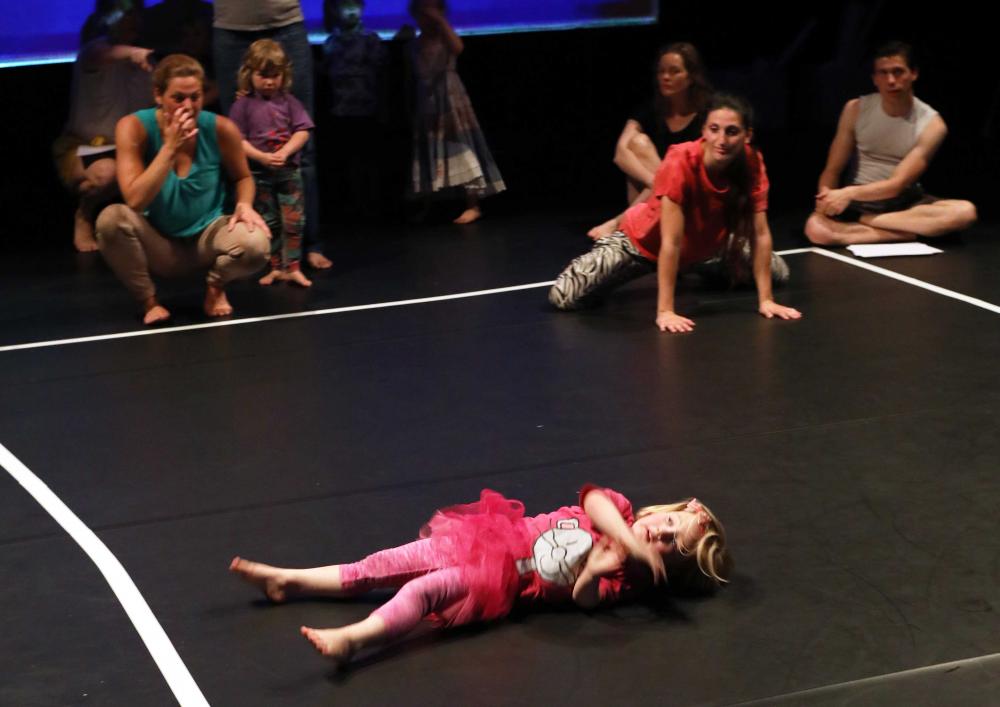 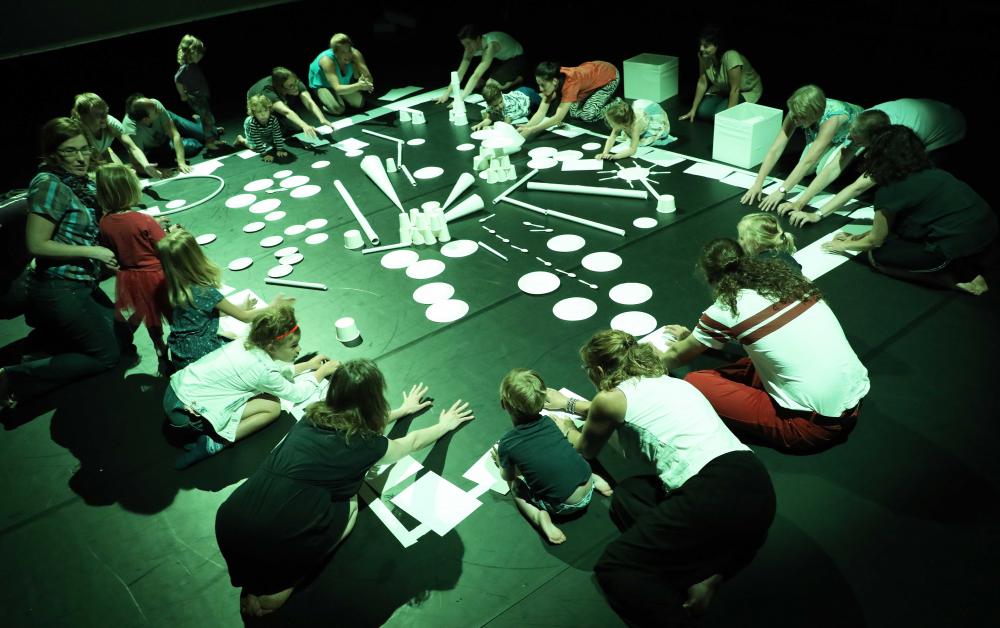 Up Side Down was supported by: